As more people become aware of the incredible impact our food choices have on our day-to-day wellbeing and the health of our planet, attitudes towards plant-based eating are changing. We’re here to dispel common stereotypes about turning to veganism & offer you all the vegan facts you need to kickstart your plant-based journey. 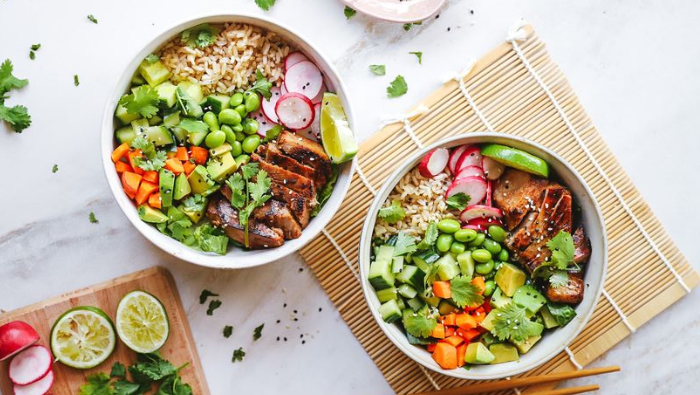 According to the latest statistics, the number of vegans worldwide is currently around 79 million. Veganism is the term used to refer to people who abstain from consuming any produce made from or containing animals. Often associated with a practice that refuses to accept animals as a commodity, people can turn to veganism for a number of reasons, including:

A lot of the time, people presume that vegan diets that are low in protein can cause malnutrition. In reality, so long as the vegan diet is balanced and contains a variety of vitamins & minerals (through supplements or meat substitutes), there is no reason for it to cause malnutrition.

We tend to fixate on protein these days, making it seem the most important element of our diets. Whilst it is indeed super important, it’s worth saying that we generally need less protein than we think we do. And besides, we can get protein from so many sources than just animal-based products; oats, whole grains, vegan protein powders, nuts, and seeds all contain protein and can be incorporated into a healthy, balanced diet. Plus – if plant-based protein is good enough for Djokovic, Venus Williams, and David Haye, it’s good enough for us.

Years of TV adverts showcasing happy kids drinking glasses of milk have embedded the idea that dairy = calcium. Believe it or not, you can get all the calcium you need through plants. Leafy greens, figs, sweet potatoes, and fortified plant-based milks all offer healthy, animal-free sources of the mineral, helping you to keep your bones strong.

To make sure you’re doubly covered, a vegan calcium supplement can be a great shout too:

A common misconception about veganism is that it can be expensive to eat a diet that’s entirely plant-based. In reality, you can actually save money buying vegan alternatives with tinned goods like chickpeas or pulses and grains.

Worried about going vegan without breaking the bank? Check out our blog below for tips and advice:

It really doesn’t have to cost the earth.

Too often, veganism is associated with ‘cutting back’, ‘restricting’, or ‘limiting’. The realities of a plant-based diet, however, couldn’t be further away from this! When you switch out animal products, you start to discover how much goodness the plant-world has to offer.

There are so many weird and wonderful plant-based ingredients that making meals soon becomes an adventure rather than a routine. And this increased diversity isn’t just exciting for food-lovers, but actually brings a number of health benefits; recent studies have established a clear link between the broader diets of human herbivores and better gut health, amongst a plethora of other health benefits.

Click here to shop our vegan foods, snacks, and drinks. 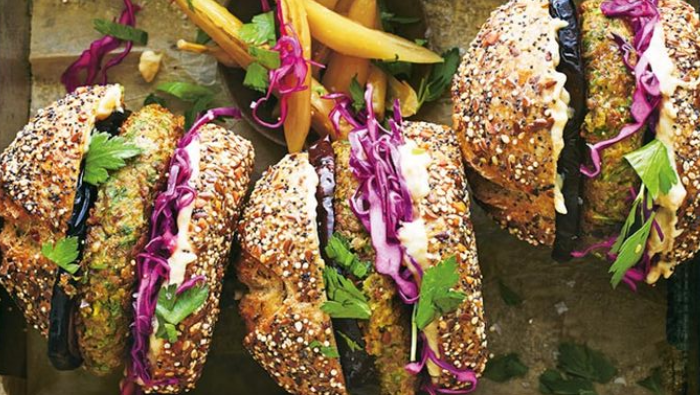 Vegans Have A Weakened Immune System

Contrary to popular belief, vegans actually often have a stronger immune system due to their increased intake of vitamins, mineral, antioxidants, and ant-inflammatory compounds which all come from plant-based foods.

That being said, vegans who eat overly processed foods without vitamins or added benefits too often can suffer from a weakened immune system. (1)

if you’re going vegan and are worried about weakening your immune system, it’s important to ensure your intake of vitamins & minerals is high. Check out the vitamins and minerals we have available to supplement your plant-based diet here. 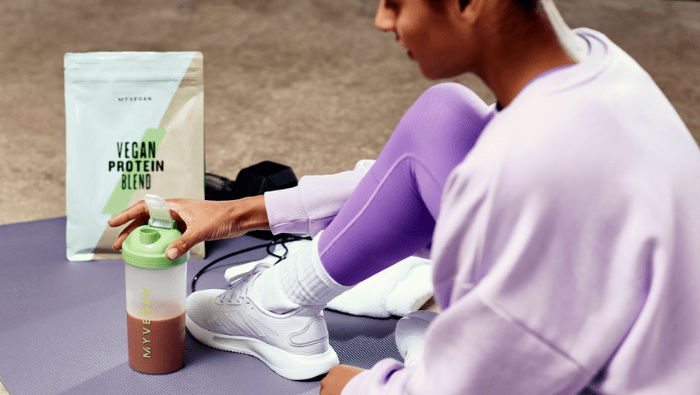 Veganism Is A Privilege

Many think that it’s really difficult to go vegan, but it’s actually surprisingly easy. All you need is a little more awareness when food shopping, and a playful attitude when choosing recipes. If dropping animal products all of a sudden isn’t for you, don’t do it. We’d recommend gradually reducing your meat and dairy intake as you up your plant provisions. Taking a ‘vegan-ish’ approach allows you to find your own way to a healthier, more sustainable diet without compromising your enjoyment of food. 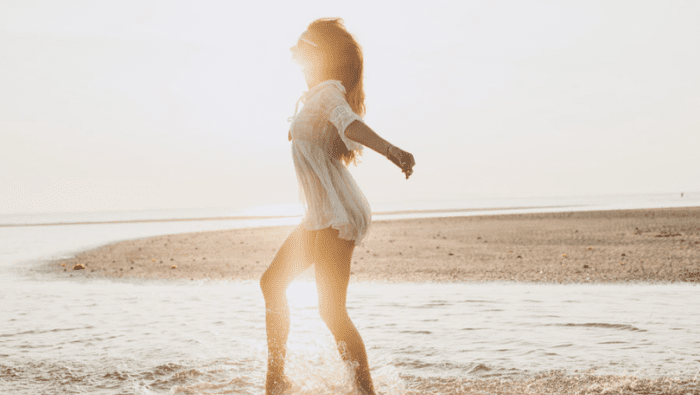 Aside from the common myths surrounding veganism, there is also a lot of projected negativity which stereotypes vegans and their diet. We’re here to debunk these claims and inform you of the realities of going plant-based.

Vegans Are Always Preaching About Veganism

As the popularity of veganism began to rise, the notion that vegans were overly ‘preachy’ manifested itself into our society. While we can speak for everyone who practices a plant-based diet, it’s clear that this is a wide generalisation, perhaps fueled by those who don’t want to accept veganism as a nutritionally balanced diet.

If you’re struggling with a vegan who you appears to be preaching to you, take a step back and try to look at their argument from a neutral position. It’s always okay to explain that veganism isn’t for you, but remember to be respectful of other people & their food philosophy.

Vegans Think They Are Superior

Sadly, the topic of veganism often causes offence, even when it isn’t intended. Arguably the reason so many people presume vegans have a superiority complex is perhaps because of the altruistic nature of veganism.

Vegan diets do not typically cause brain fog or any mental-health issues. That being said, vegans do need to monitor specific nutrients including DHA and B12 to supplement their brain. (2)

For some reason, the idea that vegans have low energy levels has circulated for a long time. This might be true when people make a complete change to their diet suddenly or follow a plant-based diet incorrectly (i.e. by not taking account of nutritional needs), but either way, it’s definitely not true (trialed and tested!).

In fact, turning to plants often has  the complete opposite effect. Digestion takes a huge amount of energy – and animal products take a lot longer to digest. So, moving to a more herbivorous diet means you no longer have to expend significant amounts of energy digesting animal products and associated saturated fats.

What Do Vegan Olympic Athletes Eat to Compete?

These vegan athletes are taking on the Olympics fueled by plants. Here's what they eat...

A heavily charged stereotype attached to vegans is that they are all angry activists with a mission to force-feed (quite literally) their plant-based belief system to the carnivorous public.

Of course, this is entirely not the case. These misconceptions come from a lack of understanding and education is too often rejected and condemned as ‘angry activism’.

Here are the 10 vegan facts you might not know…

Vegans can’t have honey. While you may not consider honey from bees as cruel as milk from cows or meat from chickens, the rise in demand has caused our bee population to half in the last decade.

If you’re going vegan, consider switching to Agave or maple syrup instead!

The term ‘vegan’ is less than 100 years old; however, eating totally plant-based has lived in many cultures for thousands of years.

Regardless of whether you’re a vegan or just a flexitarian, every day you opt for a plant-based diet, you’re saving 1000 gallons of water, 45lbs of grain and 20lbs of C02.

Not all wine is vegan, so if you enjoy a glass every now & then, be sure to check the label. Wine isn’t vegan because of the filtration process. Wine is usually filtered using fish guts because enzymes in them help to separate unwanted molecules.

Don’t worry though, there are plenty of vegan-friendly wines for you to enjoy instead!

Veganism is on the rise! Sales of non-animal products hit $1.23 billion globally in 2021.

If you’re an ‘ethical vegan’, you’ll also avoid buying any other non-food products that used animal produce, for example leather, fur, and feathers.

Veganism was officially created in 1944 when a group of vegetarians left the Leicester Vegetarian Society and created their own group. the Vegan Society.

This article has aimed to clear up common misconceptions usually associated with veganism. Our vegan facts and debunked myths aim either to help support you on your own journey to veganism or to inspire and educate you about all things plant-based.

While you personally can aim to be vegan in every aspect of your everyday life, it’s almost impossible to completely eradicate the mistreatment of animals in your surroundings. Being any ‘percentage’ of vegan is a great effort to the protection of animals and the planet.

What percentage of the world is vegan?

Just 8% of the world is vegan but this number is expected to grow!

Is being vegan healthier than eating meat?

It cannot be objectively stated which diet is healthier without looking closer at how balanced eat diet is.

There has been evidence to suggest that vegans can live longer; however, this is all entirely subjective again. Both diet and lifestyle come into question when thinking about life expectancy in relation to veganism.

How do you respond to vegan criticism?

Firstly, try to detach yourself from the criticism, remember this isn’t an attack on you. Then acknowledge that, a lot of the time, it can be linked to a lack of knowledge or understanding. Try to explain veganism and your reasonings calmly to the person and remember to remove yourself from the situation if it becomes too much.

Our Registered Nutritionist discusses the link between vegan diets and gut health.

Everything You Need To Know About Inulin

The Best Air-Purifying Plants For Your Home