Right now, we’re facing many different challenges across the world including environmental disasters, global warming and industrial pollution. But there’s something else that’s happening that many are still unaware of. Food Waste.

Food. We all need it and many of us are lucky enough to have access to the wide range of products found in the supermarkets. However, the relationship many people have developed with food waste is often out of sight and out of mind. Read on to find out why this is causing problems on a global scale and needs to be addressed sooner rather than later. 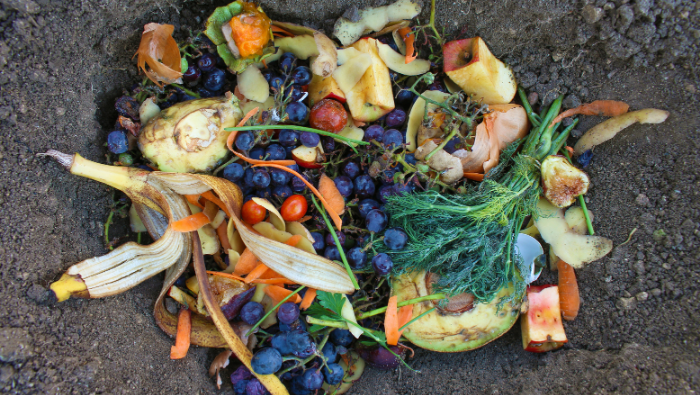 Why is food waste a global problem?

To gain an understanding of the scale of the problem, the food we waste contributes to the production of greenhouse gases, with the amount of emissions that food produces being the third-highest behind China and America.1

The issue of global food waste isn’t just about consumers creating waste, though. The problem begins at the start of the food production process which includes growing livestock, crops, and even during the manufacturing process. All of this plays into the overall problem where a significant amount of food is wasted each year.

Scratch the surface and you begin to realise that there are wasted resources such as water, and also the transportation of produce and the processing of food. We also don’t see the first-hand the effects of starvation in countries around the world. We simply see our food in the bin and think nothing more of it.

In fact, one-third of food produced globally is wasted, which equates to 1.3 billion tonnes, while a quarter of our water supply is used to produce the food we eat1. Many of us are making a change when it comes to other environmental issues – such as plastic or energy consumption – but food waste has perhaps, not gained as much attention. 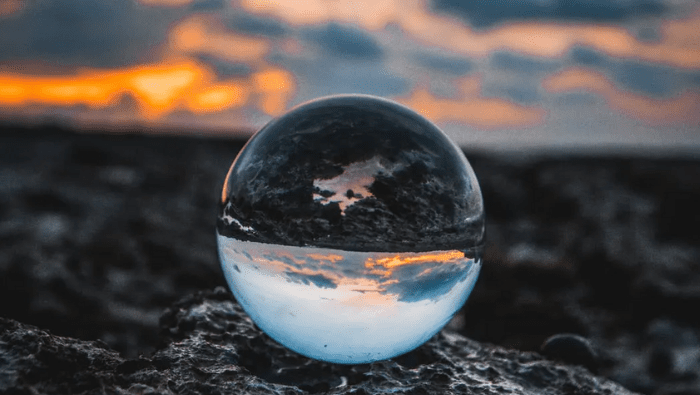 Why and how is food wasted?

There isn’t one single, clear-cut answer to this question. However, there are a number of reasons as to why food is wasted. Food waste is something that occurs at every stage of the process, ranging from the moment it’s grown to the moment it reaches the consumer.

Food can become lost through spillages, it can become spoiled during transit, and it can become damaged by insect infestation. In reality, there’s a wide range of reasons as to why food is wasted and a number of ways in which it can be wasted.

We’ve already addressed the fact that food waste extends far beyond just the food that’s thrown away , as it includes the entire supply chain. The food that we see in the supermarkets goes through a lengthy production process to get to the shelves – and as part of this process, a number of resources are used, all of which can have their own impact on the environment. This includes:

The entire process of growing, harvesting and manufacturing food is one that utilises a lot of fresh water. Water is a finite resource and there’s no denying that we’re using a lot of it. However, in some parts of the world, water is a resource that has to be rationed and not used needlessly. Water usage itself is a global problem and food loss and waste is contributing to it.

When you consider that 70% of the palatable water on earth is used as drinking water for livestock or for crop irrigation, it brings the whole problem of food waste into perspective. Figures show that 5,400 litres of water is needed to grow 1kg of beef – that’s a significant amount of water used on an annual basis, much of which is wasted, adding to the issue of food waste.2 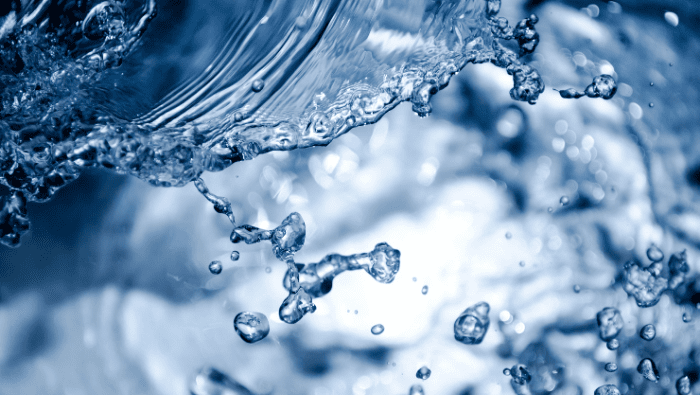 Land use and natural habitats

The land on earth is precious, valuable and limited, yet 28% of the world’s agricultural areas are utilised for the production of food that goes to waste.3 This causes problems with the quality of the land and also the need to clear land to make way for space to grow crops.

The sheer size of global food production is huge, especially when you consider that a land mass greater than the size of China is used to grow the food each year, which doesn’t get eaten. This is land that has been developed to the point where rainforests have been destroyed, species have been driven out of their habitat or become extinct, and indigenous populations have been moved from their homes. All of this is done to produce food that simply gets wasted. 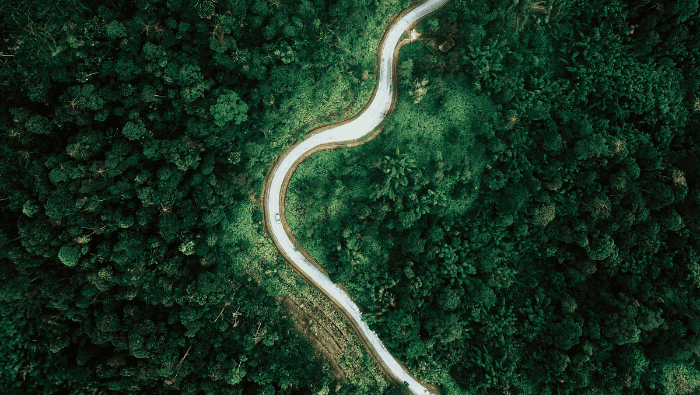 The moral aspect of food waste

Food waste is also considered to be a global problem because of the number of people who are suffering from starvation around the world. Around 800 million don’t have access to food in the same way as people in developed countries. This means that 1 in 9 people in the world are starving or malnourished.4

However, each person could be fed on under a quarter of the food that goes to waste in the UK, Europe and the USA each year. What might also surprise you, is the fact that hunger isn’t just a problem for people who live in under-developed countries. In developed countries, there are also people living in food poverty and all that wasted food could ensure that almost every person on the planet has access to the right nutrition.

How can you reduce food waste?

We’re all guilty of doing a food shop and just picking things up without much planning, and then not eating the fresh fruit and veg in time. For those times where your produce is on the brink of turning and you know you don’t fancy cooking it up immediately, get comfortable with pickling and fermenting. Reimagined veg that can then last for a couple of months — it’s the ultimate hack against food waste. 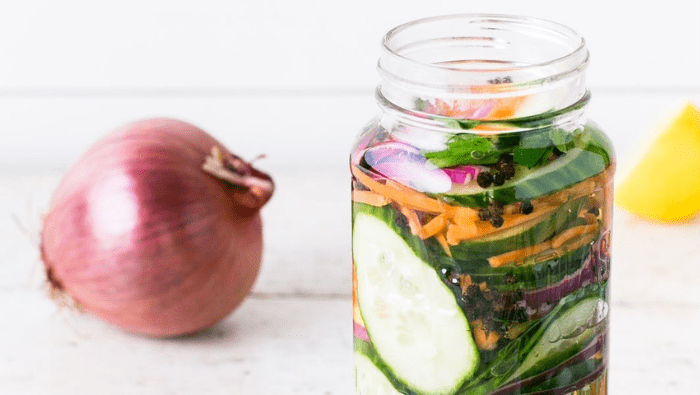 Food planning is one of the best ways to start cutting back on what you don’t end up eating. Make a rough plan of your week’s meals and create your shopping list around those before you head to the supermarket. An added benefit of this is that you’ll probably save yourself both cupboard and fridge space, as well as time spent in the shop deciding what you need! 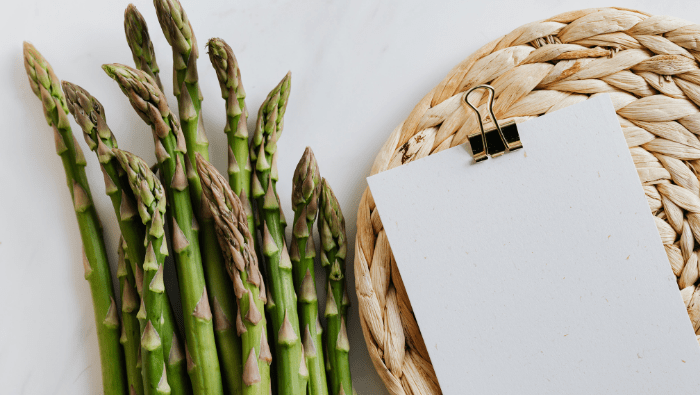 If you plan ahead but still find there’s surplus food to use, don’t worry – you can use them to cook a variety of zero-waste meals, such as a delicious stir-fry or even sweet potato pizza! 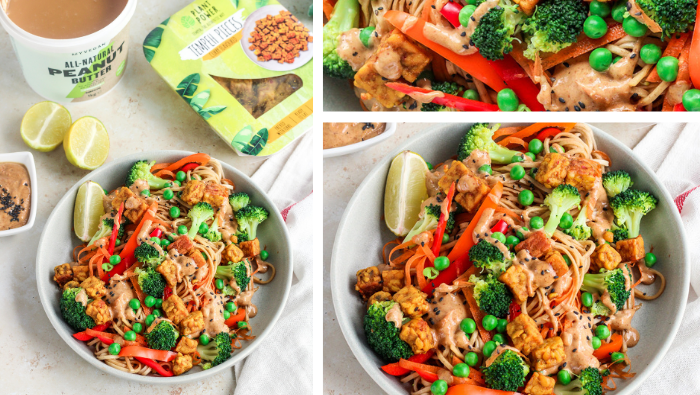 4. Donate to a food bank

If you have food that’s nearing the end of its life, and you’re unlikely to use it, a quick Google search can bring up your local food bank (the Trussell Trust is a good place to start). 90% of foodbank food — used to provide emergency nutrition to people in crisis — is donated by the public, so every little really does help. 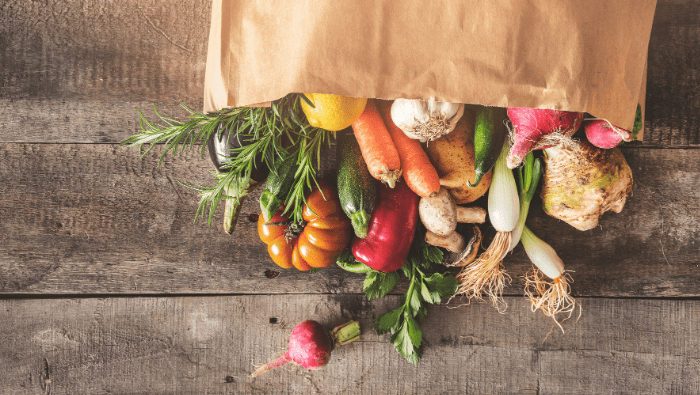 It turns out that 20% of food waste is due to confusion about what the dates stamped on the packaging really mean. Here’s why:

“Best before” and “use by” dates are two very different things, but it’s easy to mistake the former for the latter. The important difference: “best before” is about quality, whereas “use by” is related to safety. Best before dates — most often seen on frozen, tinned and dried foods — are an indication that the food may be past its “best” but is still perfectly safe to eat. Use by dates — generally found on foods that spoil quickly like ready-to-eat meals or meats — mean that the food is no longer safe to consume, even if it looks ok.

With best before dates, use your nose and judge how the food looks before deciding to either throw away or keep for another day.

There are lots of steps we can take to store our food correctly and keep it fresh for longer. For fridge items, set your fridge at 5°C (if colder than this, your food is more likely to freeze unintentionally). It’s also good to be mindful that while most fruits and vegetables are best refrigerated, not all of them are. Some — like tomatoes, garlic, potatoes and onions — are best kept in a cool, dark cupboard while others — like bananas and whole pineapples — last better when left on a countertop. 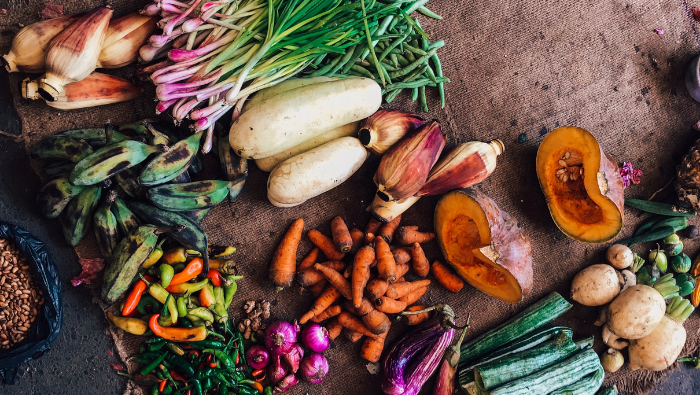 Freezers aren’t just for ice-cream and peas. Almost any food can be frozen, so this is another great way to minimise food waste. You’re essentially pressing the “pause” button; it won’t lose any nutrients or deteriorate in any way, it’s also a great way to preserve local, seasonal produce to give you a hit of summer berries in your winter porridge without hiking up your carbon footprint. Most fruits can be put straight in the freezer (some, like grapes and berries, make great ice cubes) but most vegetables need to be blanched first (chopped, boiled for a couple of minutes then transferred immediately to cold water) to avoid freezer burn. 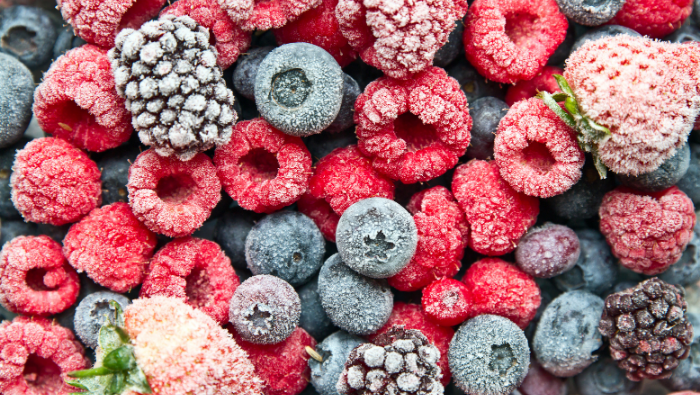 Essentially, dealing with the problem of food waste comes down to education. This can begin at the starting point of the production process and it filters through the entire chain until it reaches the consumer.

Improving education and awareness for food waste will certainly draw attention to the problem of food waste and will make everyone aware of just how much of a problem it really is. Once the problem has been acknowledged both on a global scale, only then can the correct changes be implemented to reduce food waste which is a growing and worrying problem.

Join Zoologist and Conservation Biologist Lara Jackson as she shares the top 6 reasons why going plant-based can be the best thing you do to help protect the planet's biodiversity.

What is Upcycling? | From Trash to Treasure

Our environmentally-conscious culture is beginning to exert a positive shift towards becoming more sustainable. Check out this article for the best upcycling tips and tricks, including how you can reuse your Myvegan packaging.

Zoologist Explains Why Biodiversity Matters & Ways To Help It

We caught up with Richard Thompson - a zoologist and senior ranger at the Aigas Field Centre in the Scottish Highlands.

5 benefits of yoga you should know about

Vegan Picnic Essentials that Everyone Will Love

How Easy is it to Go Vegan? | Leah Grace’s Story