The Olympics are back after a longer break than usual and face a greater amount of challenges due to the pandemic. But, as well as this, the Tokyo 2020 games are under more pressure than ever to be the most sustainable yet – trail blazing the future for the world of sports.

After 5 years of absence, we can’t wait to get enthralled in sports we’d never think to tune into at any time, other than the Olympic and Paralympic games (taekwondo or handball anyone?).

These games have a higher significance attached to them with sustainability at its focus, so what initiatives are taking place to ensure sustainability gets that top place on the podium? 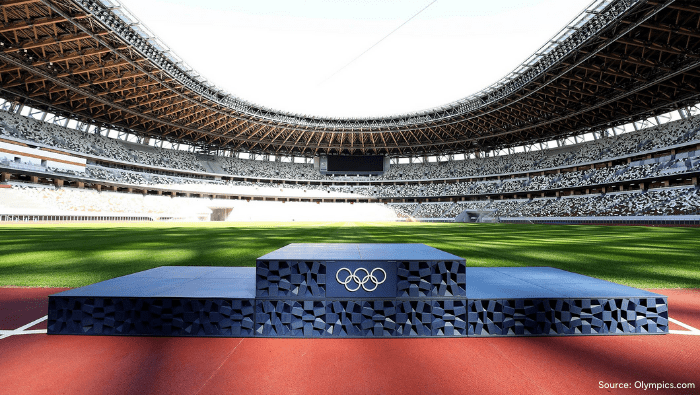 What energy sources are the Olympics using?

Much of the Olympic village is powered with renewable energy, coming from sources such as solar arrays and wood biomass power, which uses construction waste and tree clippings in Japan to produce electricity.

There are limitations to the amount of venues these renewable sources can fuel, though. Where it hasn’t been possible to use renewable energy, Tokyo 2020 is using green power certificates to fund cleaner energy investments.

And as the Olympic village is a big place, the athletes and their teams need an efficient way to travel. Toyota, an official partner, has provided hundreds of hydrogen Fuel Cell Electric Vehicles (FCEV) to ensure they reach their destinations, not only in style, but by a sustainable method. 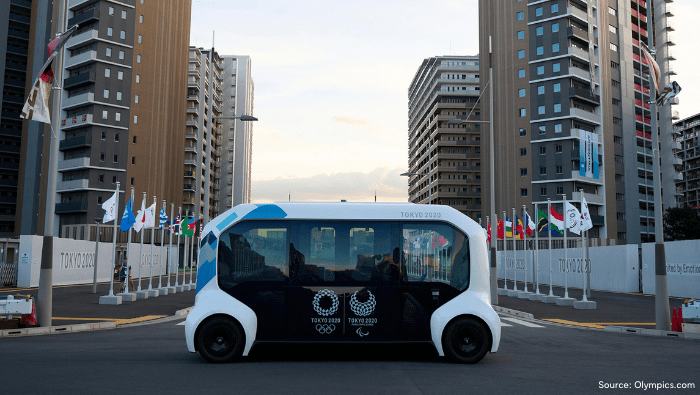 What are the Olympic medals made out of?

The Japanese public has donated nearly 79,000 tonnes of smartphones, computers, tablets and other electrical goods, which have been used to make the 5,000 Olympic and Paralympic medals.

Did you know, approximately 32kg of gold was salvaged from 6.2 million mobile phones? Who knew there was literally a goldmine sitting in our own pockets?!

Not only are the medals recycled, the podiums where the athletes receive them are also made out of recycled plastic waste. 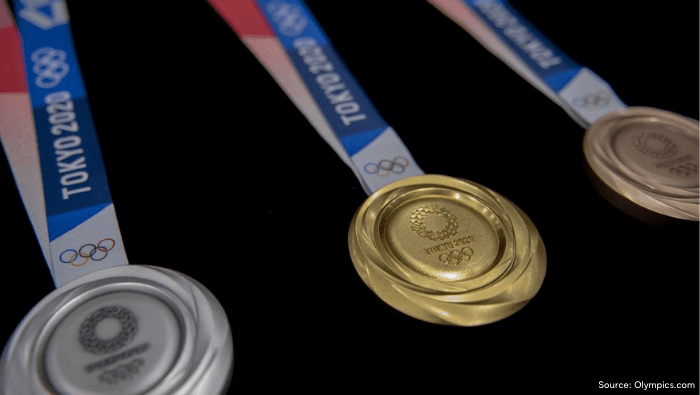 Where does the Olympic waste go?

Any large event is going to generate waste and the Olympics organisers have made great efforts to reduce the amount as much as possible.

Around the Olympic village, self-sorting waste stations with clear signs on how to dispose garbage can be found. It’s hoped attendees will view this as contributing towards reducing waste together.

As well as this, organisers have rented much of the equipment (including electrical devices, pieces of furniture and other building fixtures) rather than buying it. Goods that can’t be rented will be donated to the city of Tokyo and private companies to help combat waste. 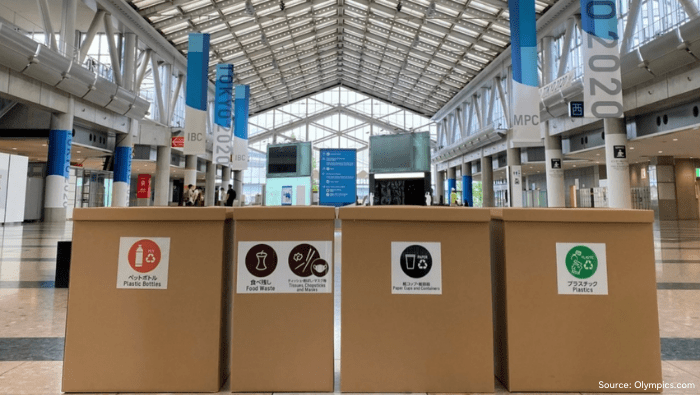 What happens to the Olympic village and venues after the games?

The Olympic village and sporting venues were mostly built on reclaimed land and created using upgraded buildings already present in the city, which already significantly lowers their impact on the environment.

The Tokyo Bay Zone has allowed for improved transportation links in the area and revitalised the waterfront. The Olympic village itself will become Japan’s first hydrogen-powered town and acts as a model for future hydrogen-based societies.

In a world where we’re still learning all that we can about living sustainably, this site can provide valuable lessons for the future. 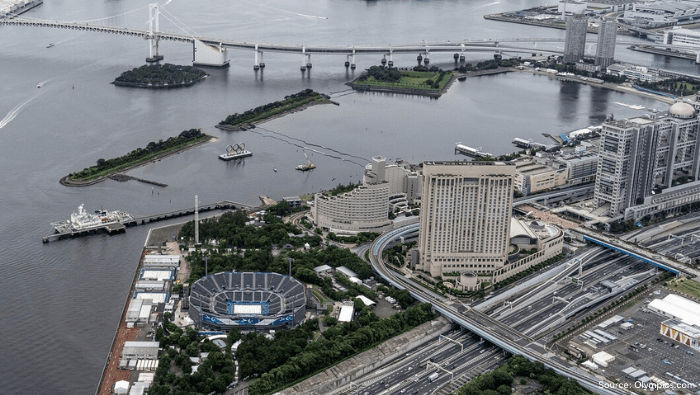 What Do Vegan Olympic Athletes Eat to Compete?

These vegan athletes are taking on the Olympics fueled by plants. Here's what they eat...

Vegan On A Budget | 10 Cheap Vegan Recipes To Follow

18 Foods You Won’t Believe Are Vegan