Alex-Leigh Stewart (@nourishingalex) is a food blogger and advocate for vegan lifestyles, having had her life transformed after adopting a plant-based diet. As someone who has faced the challenges of suffering from an eating disorder, Alex understands better than most how food and diet can be a central part of one’s life, for better or worse. Inspired by other food bloggers and fuelled by a determination to regain control over her life, Alex spent months researching veganism which opened up a world of information that completely changed her view on nutrition.

With an immediate switch to a plant-based diet, Alex quickly learned what did and didn’t work for her, and found that it could really be very easy to create delicious and nutritious vegan food, especially after doing some research. To quote Alex on her own blog, ‘Nourishing Alex’,

“becoming vegan really did save me. It is now my way of life and I’m thriving on plants…”

Read our interview with Alex below and discover why going vegan can be one of the best decisions you ever make. 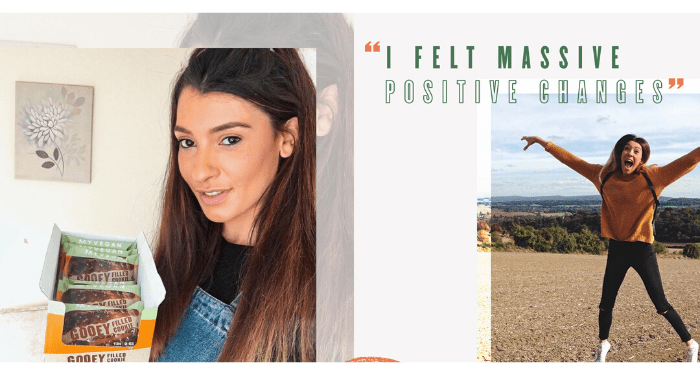 When and why did you choose to become vegan?

I chose to become vegan in August 2016 during my recovery from Anorexia. This was after I was discharged from a hospital day patient programme at an eating disorder clinic. After being discharged from day patient, I was still underweight and poorly, but eventually, I wanted to recover from anorexia my own way at home. I had seen on social media other people recovering from Anorexia who had fully recovered on a vegan diet, and I felt really inspired by this! So I did some research about veganism.

During my research, I found out some shocking facts about how animal agriculture is the worst cause for climate change. I also found out about how cruel standard practice of the meat, dairy and egg industries are. I have always loved animals and decided I did not want to support these industries any more. I also found out about how much a wholefoods vegan diet can be really healthy for all stages of life including babies, pregnancy, even to the elderly.

After my research on veganism, I felt it would be logical for me to go vegan for all of those reasons, so I went vegan straight away. My partner and health professionals were not happy when I said I wanted to be vegan because they all said “It’s still a restrictive diet” and my dietitian at the eating disorder clinic told me I will need to eat a lot more food than people who are vegetarian or omnivorous in order to gain weight. I wanted to prove them all wrong after the months of research I had done on veganism.

Did you notice becoming vegan had any positive side effects on your health?

Absolutely! I have felt massive positive changes since being vegan and so has my family and everyone around me. I managed to gain a healthy weight and felt physically and mentally stronger than I have ever been. I am now a much more compassionate, kind person towards animals, myself and other people. My mind became a lot more clearer and I feel like I have so much energy all the time. It’s amazing.

I managed to gain a healthy weight and felt physically and mentally stronger than I have ever been. 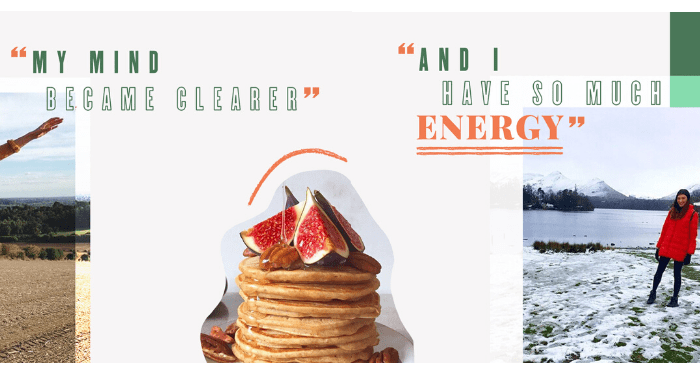 Do you find it difficult to get all the nutrients you need in your diet?

All I need is a Vitamin B12 supplement and Vitamin D3 supplement; everyone, even non-vegans should be taking these supplements. The first year of being vegan, I did find it difficult to figure out all the nutrients I needed to get from plants, but I was just getting used to a completely new lifestyle. Now I know that I am getting all the nutrients I need and it’s become the norm, it is actually really easy to get everything I need from plants.

What are your top 2 tips for someone who is considering trying veganism?

There are some amazing resources you can look at to help you decide to go vegan, you just need to do some research. For concerns about the planet watch “Cowspiricy“. For the animal welfare concerns in the meat, dairy and egg industries, watch “Land Of Hope & Glory, Earthlings, Dominion, and Gary Yourofsky’s speech“. For health concerns watch “What the Health, Forks over Knives, and The Game Changers” on Netflix.

Go at your own pace; even eating 2 vegan meals a week will make such a massive difference. Keep trying out all the different vegan alternatives until you find something that you really like. There are some incredible brands out there that makes it easy for you to transition. Find out about the nutrition in plant foods that will help to substitute your animal-based foods. For example, for a substitute of red meat, eat lots of green leafy vegetables and lentils as a source of iron. Milled flaxseeds and chia seeds are packed with omega-3 fatty acids which will substitute those in fish and eggs. Veganism doesn’t have to be expensive either; beans/legumes, rice, pasta, potatoes, fruits and veggies, are some of the cheapest foods on the planet and you can find lots of recipes to make up something simple, delicious on a budget.

What is your go-to Myvegan product and why?

I am obsessed with the Peanut Butter Carb Crusher protein bars and the chocolate Protein Cookies because they are so delicious and I can take them with me for a post-workout gym snack, or just to take with me whilst I’m out and about for a yummy snack!

If you could give one piece of advice to your followers, what would it be?

Go vegan for the animals, your health, for the planet and because it’s so delicious!

My favourite vegan meals are my Chickpea, Cauliflower & Coconut Curry or my Sweet Potato & Lentil Shepherd’s Pie. They are so comforting, satisfying and delicious! YUM!

You can make one of Alex’s favourite dishes by following this recipe for Creamy Garlic and Mushroom Pasta.

Giving Back To The Community

10 Healthy Vegan Snacks For When You’re On The Go

What Is Eco-Anxiety & How Can You Cope With It?