We caught up with Richard Thompson (aka @rich_wildlife) – a zoologist and senior ranger at the Aigas Field Centre in the Scottish Highlands. With a Bsc degree in Zoology and a Masters in Environmental Management and Conservation, Richard draws upon both academic and practical expertise to share with us the importance of biodiversity and ways we can all contribute to protecting it.

An Interview with Zoologist Richard Thompson

Q: Hi Richard, thank you for taking the time to collaborate with us. First, could you tell us a bit about what it is you do?

Richard: I am so happy to be a part of Myvegan’s celebration of the environment. I am a senior ranger at the Aigas Field Centre in the Highlands of Scotland and my role, typically, is to help teach people, both young and old, about the natural world here in the UK. It’s fantastic being able to help people notice more of what is around them and some of the wonders of nature. 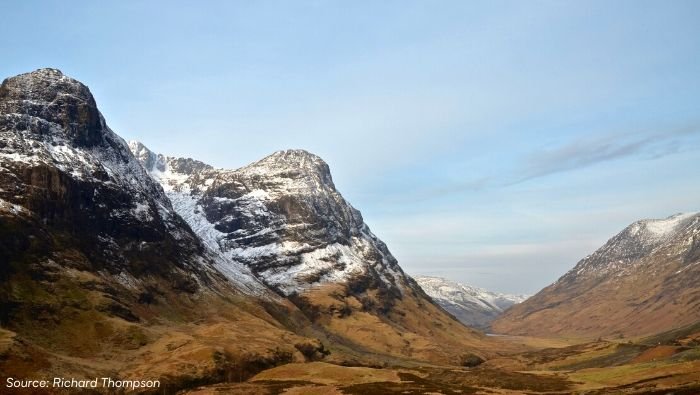 Q: We’ve heard the word “biodiversity” a lot recently with World Biodiversity Day on the 22nd May, and this year’s World Environment Day theme, of course, being on “biodiversity”. What does “biodiversity” mean to you and why is it important?

Richard: Biodiversity is such a big word. You can mention it when discussing pretty much any aspect of the environmental issues facing our planet at the minute. As a naturalist, I am constantly looking at the biodiversity around me, in as much detail as I can; species, subspecies, phenotypes, colour variations, mutations… all of this is included in the term ‘biodiversity’ – every living thing. It thrills me that as I am sharing this with you from my living room in the Highlands – I can look out the window and see thirteen tree species and have already seen 20 bird species this morning, without trying.

I am astounded that I can see upwards of 20 moth species by setting a (harmless) moth trap overnight and that the term ‘house spider’ actually incorporates 9 separate species, each of which have their own variations. Around my house alone there are nearly 300 species of fungi waiting for autumn to pop up. I see and think about these numbers constantly as I walk around outside or explore a new environment. Biodiversity underpins everything and it is unquestionably important.

Biodiversity underpins everything and it is unquestionably important.

Imagine then, my anguish, when seeing film and pictures of its destruction. On hearing news of the rainforests needless removal and of carbon rich peat bogs being dug up for extravagant developments that will not aid our planet. According to a 2014 article (Pimm et al) the global species extinction rate is 1,000x higher than before humans came around. The 2019 Global IPBES report, a landmark study, claims that perhaps 1 million species could be lost soon without significant changes. I could probably splurge these statistics for hours and chances are, if you’re reading this, you are likely aware of what I am talking about. A healthy and natural biodiversity helps prevent and limit natural disasters. It gives us clean air to breathe and clean water to drink. It has been linked to better human health and a better quality of life. It gives me, and doubtless many others, immense pleasure, every day. Increasing biodiversity, and looking after what precious species we have, is one of the only ways to save our planet for the future. 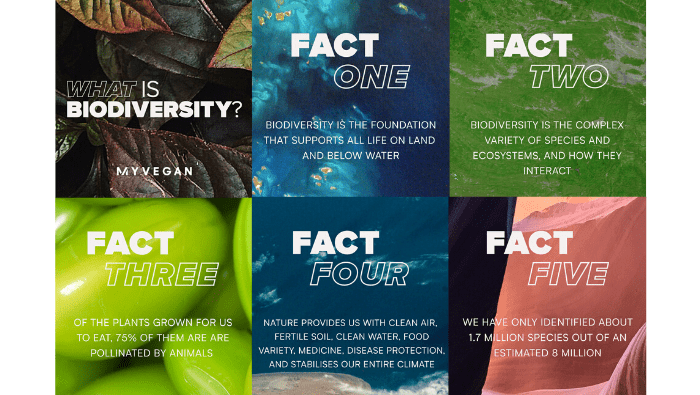 …the global species extinction rate is 1,000x higher than before humans.

Q: Are there specific things you do for biodiversity at the Aigas Field Centre?

Richard: Here at the field centre, our key focus is normally on educating people about the UK’s biodiversity. However, and especially at the minute, we do have a lot of time to spend on site and it is then that we really work to increase and protect our biodiversity. We are currently undergoing a number of projects to aid specific species such as our twinflower reintroduction project and our very successful Scottish wildcat breeding programme.

We have created a number of habitats for rare and vulnerable species such as new nesting sites for crested tits and osprey as well as breeding spots for pine hoverfly. We have a large number of nest boxes across site that are regularly monitored and a wildflower meadow where we have been encouraging the growth of species important to many butterflies and bees, among others. On the fringes of our moorland we have been planting native trees such as Scot’s pine and rowan in the hope that the woodland will reclaim its historic homeland. We also regularly survey our site and vigilantly record our species for national databases because when assessing how and where to protect biodiversity, a clear and accurate picture is incredibly useful. 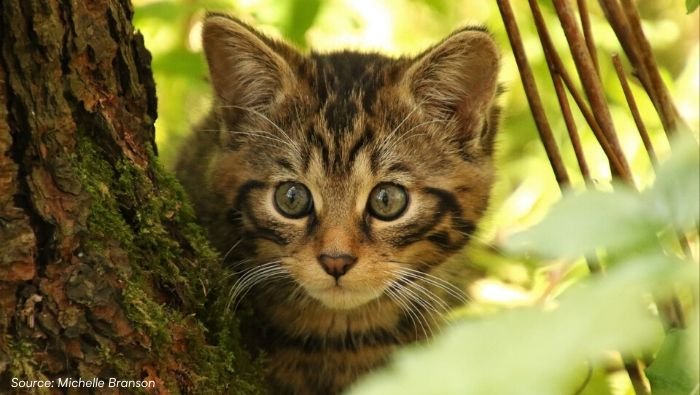 Q: Have you seen a change in the UKs biodiversity at all?

Richard: While living in Scotland, my appreciation and knowledge of the UK’s biodiversity has changed immeasurably as I feel l learn more every single day. On a less introspective level, biodiversity in the UK has surely changed and been altered in recent decades. The otter, once a vulnerable species due to persecution and the invasion of American mink is now a common sight in the Highlands, if you know where to look. Pine martens are spreading down into England now, somewhere they have been long extinct from. Nuthatches and tree bumblebees are being seen further north every spring as they perhaps adapt to our warming climate. The introduction of the beaver is now of course the most famous example of a reintroduction into the UK and they are a species that dramatically increase the biodiversity around them.

While these example species are doing well, other species are struggling. In our local area peregrine falcons were once a sure nester but recently, likely to increased human presence at their nest site, they have failed to nest. Red kites here are a fantastic example of a reintroduced species but they are still illegally persecuted and are struggling to reach the levels they should be naturally. Many charities and official schemes are trying to help vulnerable species and habitats but the list of species struggling unfortunately outweighs those succeeding and while habitats are still being depleted and mismanaged, we will be decreasing our national biodiversity. 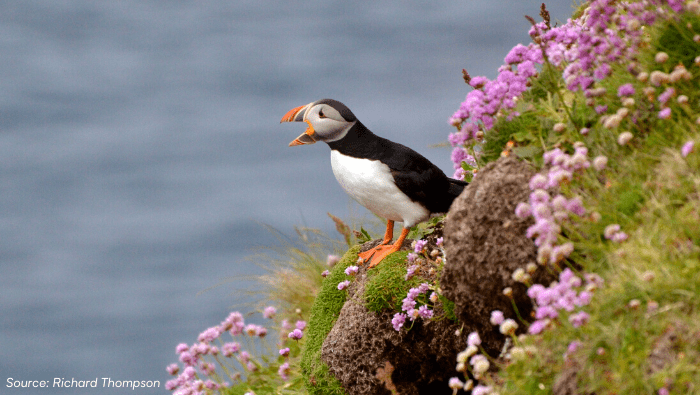 Q: There seems to be many factors that are threatening biodiversity, from habitat loss and degradation, to climate change, pollution and invasive species. Is there an area that you are particularly interested in?

Richard: I, of course, believe that all of those reasons listed are important to tackle in the fight to save our biodiversity but personally, in the UK, habitat loss and degradation is the issue that I come across most often. It is the a the heart of so many issues and here in the Highlands it’s something we see daily. Where once we had acres of native woodland we now see huge deer estates that are managed for one purpose and it is not biodiversity. It is also the issue I believe I have the most power to help stop and feel a part of the solution for, particularly in my local area. All the things I mentioned that we are doing here at Aigas is to reduce habitat degradation and our tree planting and habitat creation schemes are increasing the amount of natural and diverse habitats. We can’t help restore and protect native species if we do not have the suitable habitat for them to live and thrive in.

Q: Is there anything we can do at an individual level? What can people do from their homes?

Richard: On the larger scale you can help our national biodiversity by petitioning the government on important environmental issues and standing up against developments that may seek to destroy important habitats. However, at an individual level there is loads you can do to help your local greenspace increase its biodiversity, especially at the minute when you may have a bit more time on your hands.

One of the easiest things you can do in your garden is nothing! Leaving areas to go wild and be unmowed is a great way to let natural species build up and let insects hide in the depths of your taller grass verges. To add to this you can create habitat piles ‐ literally just piles of deadwood and brash that you are trying to tidy away. These again creates many homes for insects and even things like hedgehogs, mice and voles. If you’re feeling especially creative, try your hand at making a wildlife pond. A little bit of digging and some waterproof liner and you’ve made a home for a huge array of animals, as well as something rather beautiful! 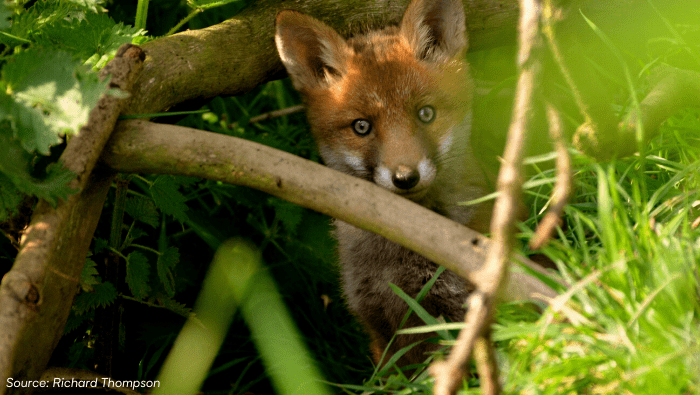 My last suggestion as to what you can do is something I have done a lot in the past but this year I have really stepped up a gear; learn and record. We do not know what is in an area until someone identifies it and records it. If you can afford it, buy yourself an identification guide about a species you are interested in, whether it’s birds, mushrooms, wildflowers, insects or ferns. WILDGuides and Bloomsbury Wildlife Guides are my favourite at the minute. If you can’t afford a guidebook itself then there is a large number of apps and websites which are dedicated to the ID of leaves and all sorts – have a look! If you manage to ID something, it would be amazing to record what you’ve seen. Using services like BirdTrack, iRecord and Opal let you add your sightings to a national database which can help influence policy work. Once you’ve learnt more about what’s around you, it’s much more fun trying to look after it.

For more apps you can download to help the environment, check out our article on World Environment Day.

Q: Lastly, one of the most well-known and easiest ways to minimise your impact on the environment is by following a more plant-based diet. How long have you followed a plant‐based diet and what made you want to follow one?

Richard: I’ve followed a largely plant based diet for nearly 5 years now and I always try and buy food from local and sustainable sources. The meat industry, especially in countries such as the USA has, in my personal opinion, become far too big. The industry is one of the biggest contributors to global carbon emissions and land being cleared for meat production is one of the biggest causes of habitat loss and fragmentation. While I think that everyone should have the right to eat what they want, the world’s meat consumption needs to come down. If people do want to eat meat they should buy it from local and sustainable sources.

To find out more on the impact of dietary choices on the environment, check out these articles next:

Join Zoologist and Conservation Biologist Lara Jackson as she shares the top 6 reasons why going plant-based can be the best thing you do to help protect the planet's biodiversity.

It’s time to wake up. To take notice. To raise our voices. It’s time to build back better for People and Planet.

Is Vegan Junk Food Good for You?

Nutrition basics: how to build a healthy plate